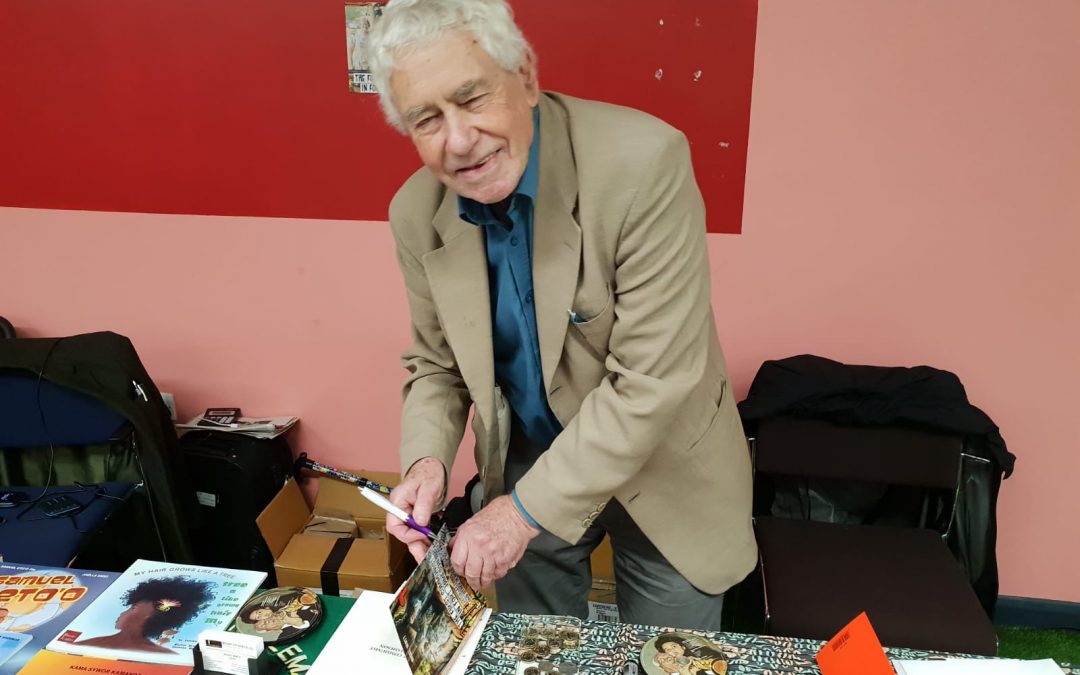 “A humanist gem of a book”
Review by Richard Trillo, author of Rough Guides to Kenya
and West Africa.
Back in the Nigel Watt’s younger days, when he worked as a
teacher and school head in Northern Rhodesia (now Zambia), a
“communist” was any white person who supported the Africans.
Nigel Watt’s pro-independence stance made him popular with
many locals, and probably less so with the colonial establishment
at the kind of clubs he generally avoided. He was more likely to be
found chatting in a local bar across the border in Belgian Congo
(now the DRC) – when he wasn’t hitchhiking through the bush or
engaged in mammoth trans-African adventures. These included
an overland trip back to England in 1971, “through eighteen countries, to nineteen museums, on twenty-four trains, sixteen buses, sixteen shared taxis, seven lorries and mammy-wagons, six boats, five short flights, seven
lifts in private cars, three canoes and a hovercraft”. He’s a huge fan of railways and they crop up all the way through.
For anyone from sub-Saharan Africa, or with some acquaintance with Africa, or knowledge of the continent’s history over the last sixty years, this part-travelogue-part-autobiography is a delight. The early chapters
effortlessly capture the mood of late-colonial central Africa without ever pandering to its prejudices and insecurities. And then we speed on into the years of nationhood and the author’s multi-faceted career working in
the voluntary sector in Africa and around the world. Many Africans passing through London in the 1980s – or those in the city with an interest in Africa – will remember Nigel Watt’s decade as director of the influential Africa Centre, in Covent Garden, and the book recalls many of the musicians and other artists who performed there.
This cornucopia of characters, travels and incidents, liberally scattered with topical references (and quite a few photos), is related with the lightest of light touches. With natural modesty, he skims over his significant
achievements in the voluntary and charity sector, especially his tireless championing of the international voluntary work camp movement, which he first became involved with in the 1950s as a Quaker-educated conscientious objector drafted into work camps in post-war Europe as an alternative to compulsory military service. Much later, he was awarded an MBE for his promotion of national reconciliation while working as field director for Christian Aid in Burundi from 1998 to 2002 – difficult work for which he was uniquely well suited (in typical form, Nigel already had a circle of Burundian friends before he took up the job, having hosted a group of Burundians at home in England a few years earlier). There’s a bonus at the end of the book in the form of a number of letters and personal accounts by friends of the author, plus two detailed indexes – one of people and one of places. This is a humanist gem of a book – highly recommended.
UK distributor: Global Book Marketing tz@globalbookmarketing.co.uk Available from your bookseller, from www.booksofafrica.com or from amazon.
UK retail price £15.99