Olabode Ogunlana aims to preserve traditional Yoruba culture and readers will discover much that is fascinating, humorous and dramatics. He brings to us a world of noble farmers, women warriors and over-reaching kings checked by theirsubjects. The book is well illustrated.

The Quest for the Rare Leaf and other Yoruba Tales by Olabode Ogunlana is the book that contains five traditional legends and six other more recent stories. There are over 25 million speakers of Yoruba. Down the ages it has been primarily an oral language; stories were passed down and it was assumed that those listening would know the culture and traditions within which they originally arose. A non-Yoruba reader does not have this knowledge; nor do a large number of young urbanised Yoruba speakers across African cities or in the Diaspora.
The Quest for the Rare Leaf and other Yoruba Tales
This “translation into written English” is narrated to help preserve this oral tradition as well as entertain modern readers irrespective of their cultural background. Olabode Ogunlana is a Chartered Insurance Practitioner.
He was the first Nigerian Managing Director of the National Insurance Corporation of Nigeria. Since his retirement he has devoted much time to the study of Yoruba culture and language. He was brought up to value Yoruba indigenous culture, its language and its oral storytelling traditions at a time when the culture was marginalised and undervalued. 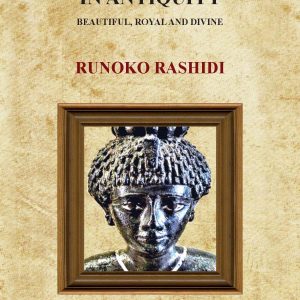